Skip to content
FREE GLOVES WITH EVERY ORDER! PLUS FREE GIFTS WITH $75 AND $100 ORDER! 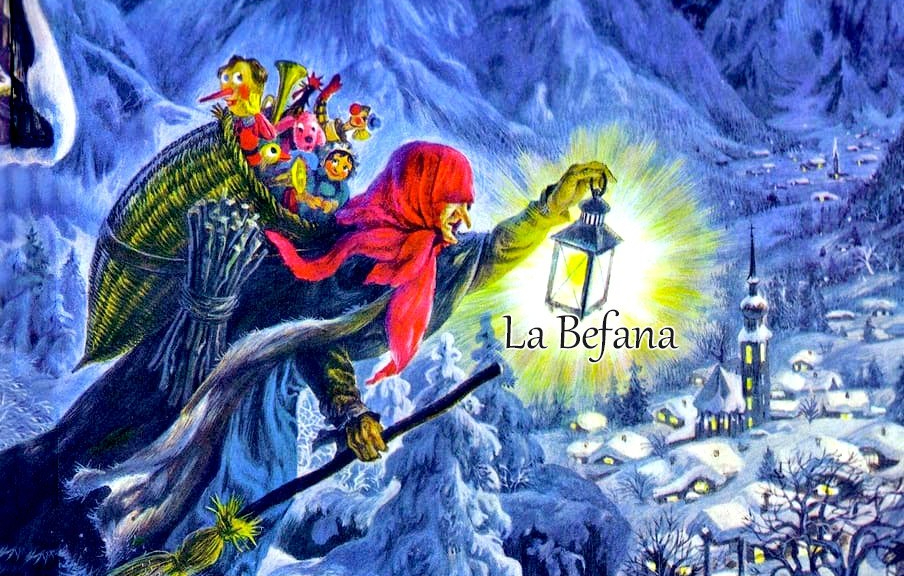 Contrary to common belief, witches are not solely evil old women with warts who fly around on broomsticks and laugh wickedly. The exception is La Befana, the gift-giving witch of Italy. Many wonder why children in Italy hang their stocking up on the night of the epiphany. This tradition dates back to an ancient Italian legend. Although the legend of the Italian Santa Claus, Babbo Natale, has been celebrated in Northern Italy for many years, he is still a comparatively new Christmas figure in Italy. La Befana is the oldest, and most popular figure to come during Christmas in Italy. She dates back to approximately a thousand years ago! The name La Befana translates to mean  “epiphany".

Many years ago in a small village, lived a woman by the name of La Befana. According to the ancient Italian folklore, La Befana is a witch who rides a broomstick and delivers toys to all the children of Italy. To the children who have been good she brings gifts, fruit, and candy. In contrast, the children who have been bad receive coal, garlic, and onions. She was not considered to be very friendly and was said to have been always using her broomstick. She spends all the hours of her days sweeping the inside and outside of her little house in the village. La Befana is dressed in an old, worn out, dirty shall. She is also covered in soot because she is believed to enter the homes of the children through their chimneys.

The tale of La Befana began on the 12th day of Christmas, which is January fifth.  The Three Wisemen were guided by a star to visit newborn Jesus. They were bearing gifts of gold, incense, and myrrh. As they continued on their journey, many joined them. The three Biblical Maji came across La Befana and asked her to join them as well. La Befana refused and explained that she had cleaning and other housework to do. The next morning she regretted her initial decision and set out on a journey to find the Three Wise Men and baby Jesus but was unable to find them. As a result, during every year on January 5th, La Befana flies on her broomstick all across Italy to find baby Jesus, bringing gifts to all the children of the country.